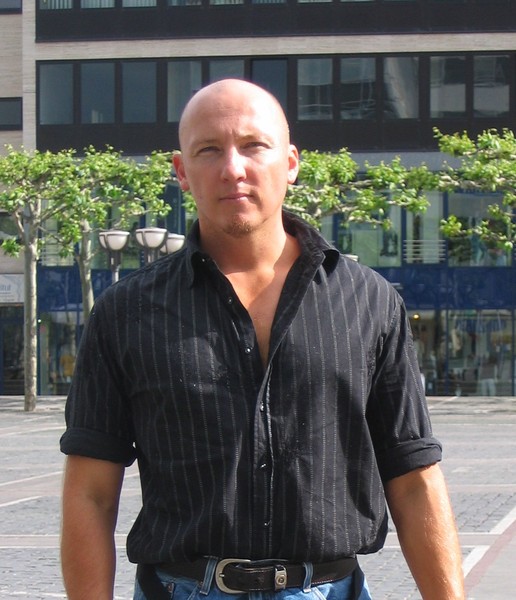 - Founder and Chief Instructor and Examiner of Hap-Kyusho.

""Your body is a "living temple", respect it, defend it.

Our body is the vehicle which physically moves us through life".

Gregor was born in Hanau, Germany 1966, 10th of October.Arriving to the great nation of Australia in 1974. Brought up in Balmain and Bondi Beach during the early years. Later, living in the South West of Sydney. Gregor was "bullied" as a child because of his Country of Origin. Therefore, Gregor started martial arts and self defence.

Gregor brings the best out in his students by the many NLP techniques taught by Anthony Robbins and Chris Howard.Gregor is aiming to introduce Martal Arts into fitness courses throughout all TAFE's and would like to see Martial Arts integrated into school physical education systems just like in Korea and Poland.

Gregor also uses many Spiritual techniques learned from the Brahma Kumaris. Students not only learn on a physical level, but on a spiritual one. Students learn about themselves on the inner being level, the Soul. When Students identify with this, they become very confident in themselves on a spiritual level and external physical environment.Starting out in the mid 1970's in Judo, at the PCYC Paddington, starting Hapkido in 1996 under Alex Lambrechts(Team Hapkidio Centre) through to gaining his 1st Degree Blackbelt in Hapkido in March 2001 from Master Fari

Gregor Engler: H.P.P.T. Certified Levels 1, 2In August 2008, Gregor was awarded Certificate 3 in Fitness from TAFE NSW and on the 20th November 2008, has Fitness Australia registration as a Gym instructor.

Gregor has attended numerous seminars with the likes of:

- John B Will (Brazilian Jiu Jitsu),

Gregor has greatly been influenced by the "above" including the following, The ""ENGLER"", family crest consists of the image of, ""a hand emerging from the fire, reaching for a goldern star"".